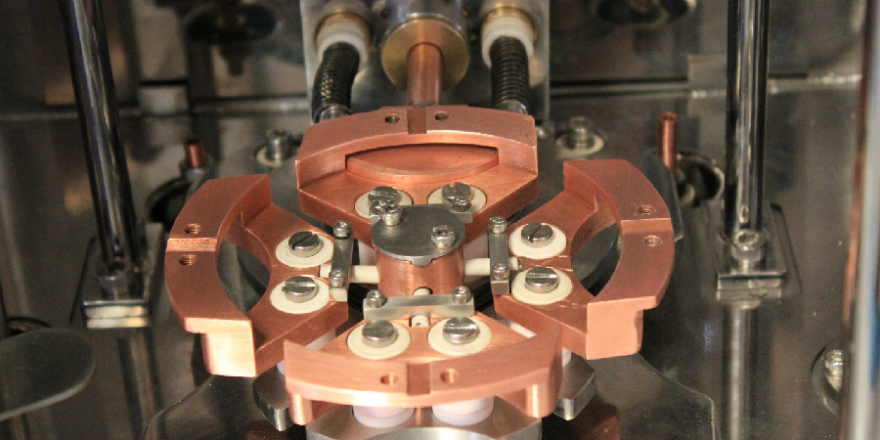 Thermal Evaporation and Its Impact on Deposition Processes

Article written by The Digital Terror

When it comes to understanding a thermal evaporation system, one can compare it to a pan of boiling water on a stove. Drops of water begin to form on the ceiling of the kitchen. After, the boiling water is then transferred to a bowl, then quickly placed into a freezer. What happens? A layer of ice will form above the bowl. This is thermal evaporation in a nutshell. With a high enough temperature, the same evaporation cycle and condensation can be used to create thin films of materials that remain stable within a vapor state. When this technique is used to apply thin films in high vacuum environment, it’s known as thermal evaporation.

The heat provided is through either Joule heating through a refractory metal element – resistive evaporation, or through a beam of high energy electrons like electron beam evaporation. Other sputter deposition techniques like laser ablation or cathodic arc deposition essentially use the same technique in the form of a high power laser or an electric arc – but this is rarely referred to as thermal evaporation.

Another approach to thermal evaporation is the process of electron beam evaporation which uses a beam of high energy electrons to create a thin film layer on a substrate. The evaporant will sit on a water-cooled copper hearth and a beam of electrons are emitted from a filament to strike and begin the melting process. The benefit of this is that even the highest temperature materials, like refractory metals, can be melted.